After many months of planning, engineering, fundraising, and hard work, the team building one of the most beautiful airplanes ever designed has finally gotten off the ground. After a recent teaser showing of the first engine start and high speed taxi testing, the first flight had become imminent, but not without its risks.

The aircraft flew beautifully, said the pilot, Scotty Wilson who is also the project leader. “She handled like a dream, very stable in all axis, so all very encouraging.” Unfortunately the aircraft nosed over on roll-out after a brake failure.

The test flight was completed on a runway reaching 13,500 feet in length providing ample room to takeoff, climb, and land safely again. Runway length became irrelevant once the right brake failed and the rolling aircraft veered to the left. 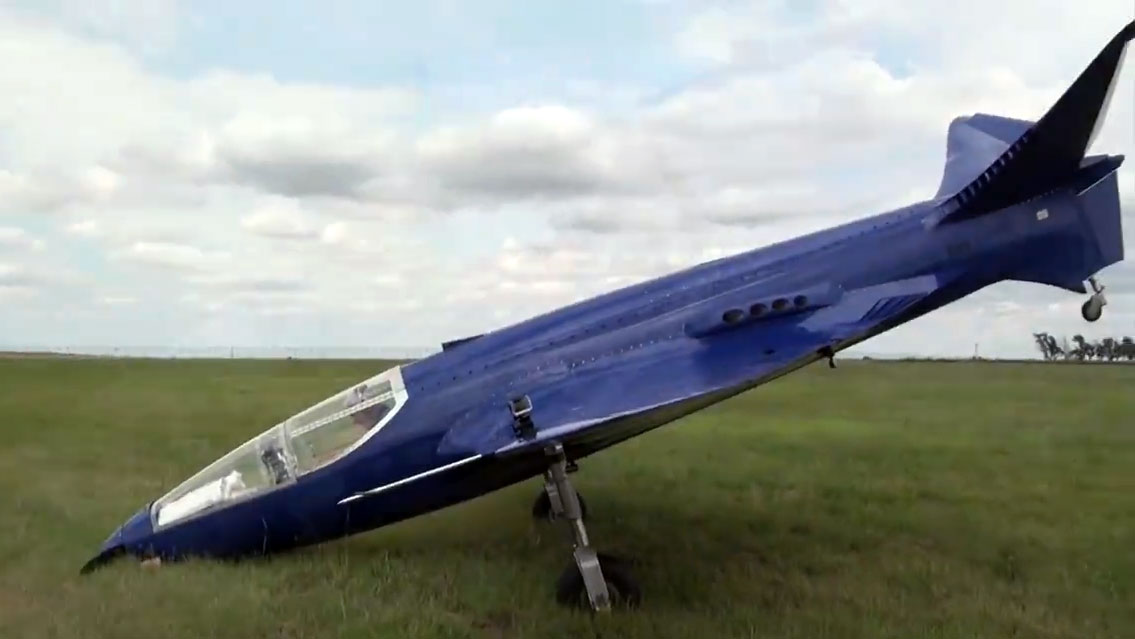 “We intended this flight to be limited to a short hop down the runway to check power required/power available and to check control responsiveness in all three axes,” said Scotty.

“Preflight preparation and before-takeoff checks were normal. Takeoff was normal and at a predetermined reduced power (80%) setting. Takeoff roll was 3000 feet and I became airborne at 90 knots. I climbed to 100ft AGL to check power and control responsiveness. The plane responded as expected to all power changes and control inputs. Maximum airspeed was 110 knots.

“I reduced power for landing but the airplane floated much more than we anticipated. I landed further down the runway than planned but with sufficient distance to stop the plane. Unfortunately, I lost the right brake and the airplane departed the left side of the runway at slow speed. Due to heavy rains the night before, the ground was soft and the airplane tipped upward on its nose, damaging the spinner and both props.

“Such is the nature of flight testing a new design. The relevant news is we successfully flew the Bugatti 100P for the first time. The plane flew beautifully.”

No word indicating if potential engine damage occurred when the connected props impacted the soft ground. Hopefully, if any energy was transferred to the drive train, the gearbox took the brunt of the damage and protected the dual Hayabusa motorcycle engines. Regardless of the damage, this is a big day for aviation to see such an amazing piece of history take to the skies.

Checkout the team’s Facebook for progress updates and video.