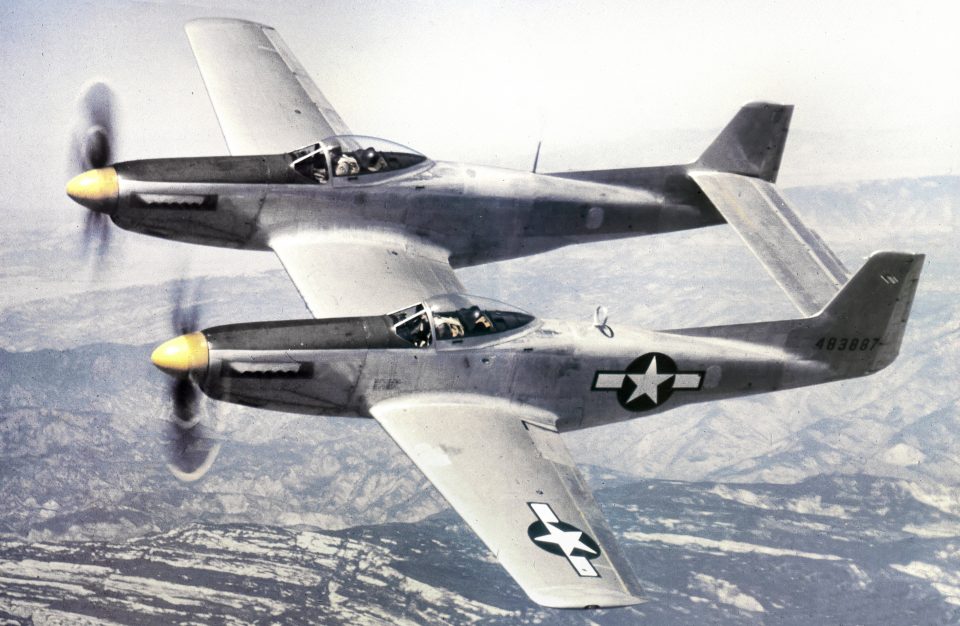 Of the five Twin Mustangs left in the world, two are on display in the National Museum of the United States Air Force in Dayton, Ohio. Another is a gate guard at Lackland AFB in Texas. One is currently undergoing restoration. And one—just one—is, at long last, ready to fly.

More than a decade of labor and an untold amount of money has gone into the restoration of airframe 44-83887 under the leadership of master aircraft restorer Tom Reilly of Douglas, Georgia. This Monday, New Year’s Eve, Reilly’s ultra-rare XP-82 made history and took to the skies for the first time in decades, becoming the only airworthy Twin Mustang in the world.

The F-82 aircraft, originally designated P-82, was developed as a long-range bomber escort for World War II that could fly beyond the range of the available P-51 Mustang and P-38 Lightning. Powered by a pair of Rolls Royce Merlin counter-rotating engines and based loosely on the P-51H, the F-82 was to accompany the B-29 Superfortress on missions longer than 2,000 miles.

By the time the Twin Mustang was ready to serve, though, the war was coming to an end. The U.S. Air Force would eventually accept 272 of these planes, and some saw action in the Korean War. Only 22 Twin Mustangs would be built with two fully equipped cockpits so the crew could alternate control on long flights. (Later, fighter versions would remove the conventional cockpit on the right side in favor of airborne radar operations equipment).

The Twin Mustang’s heyday ended before it really got started. Most were retired in the early 1950s, and those planes were slowly cannibalized until the lack of spare parts made it impossible to keep the remaining airframes flying. The cool planes got rarer and rarer until just five remained, including the one that would become Tom Reilly’s passion.

His particular airframe had a remarkable history even before the extensive decade-long restoration. Starting life as the second of two 1945 XP-82 prototypes, it went to the Army Air Force for use in official performance testing. After successful testing. it was transferred to the National Committee for Aeronautics (NACA), the forerunner of NASA, where it became a testbed for high-altitude flight.

On February 1950, while testing an experimental ramjet, the airplane received substantial damage after sliding off the runway during landing. The story could’ve ended there, with the plane finding its final resting place at a boneyard in the middle of Ohio. Instead, the aircraft was later cut in half, with the right fuselage and wing delivered to the Air Force for destructive testing.

When Tom stumbled across the partial Twin Mustang while doing an appraisal in Ohio, he knew it might well be his only chance to restore such an elusive specimen. And so the project began. He scrounged parts for a second set of controls while fabricating an entire wing and fuselage to replace the missing half of an airplane. 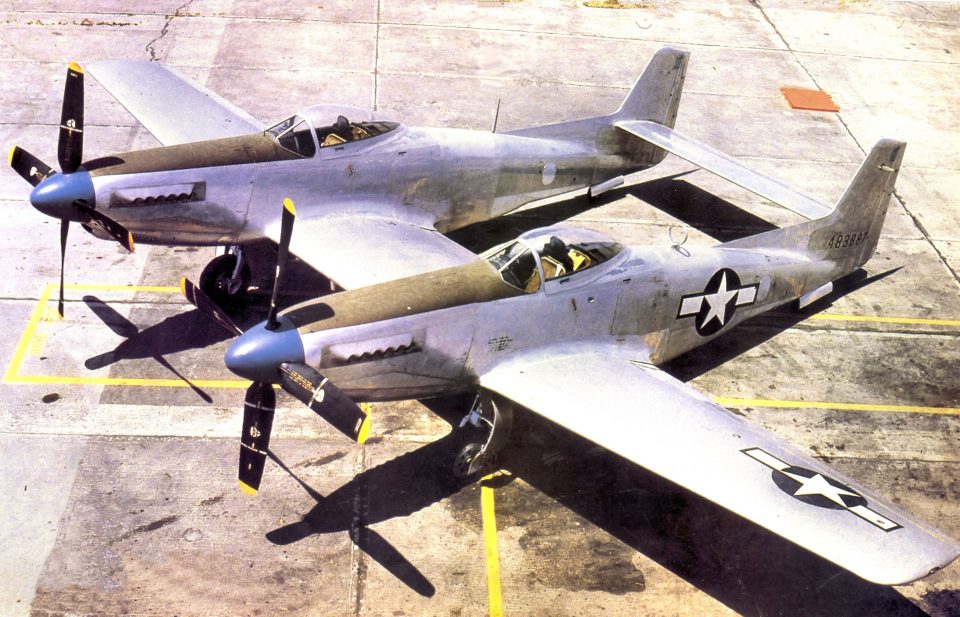 And all that seemed like a simple task compared to sourcing a left-turning Rolls Royce V-12 Merlin engine. One turned up in a shed in Mexico City. Its provenance is a mystery to this day. Another happy accident was locating the unique canopy, which was found in the possession of a woman in Tampa, for some reason.

Fast forward to New Year’s Eve 2018, when a fairly straightforward taxi test accidentally turns into a historic first flight. Test pilot Ray Fowler originally planned to perform only high-speed ground runs required for certification. But the extraordinary power-to-weight ratio of the Twin Mustang created a scenario in which the aircraft would not have room to stop. Without hesitation, Fowler advanced the throttle and proceeded to fly the aircraft. While only lasting about five minutes, the flight resulted in zero airframe issues and normal engine temperatures and pressures. 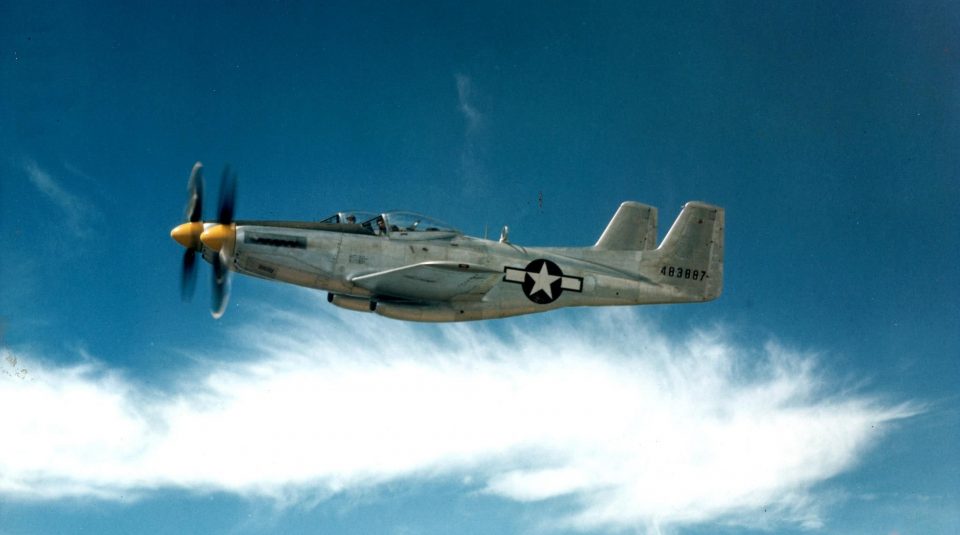 To be awarded official FAA approval, the airplane will need to garner a total of 15 hours test-flight time. So keep an eye out throughout the year. You may catch a glimpse of this one-of-a-kind airplane at an airshow near you.

Raptor Demo Flight Is Just As Entertaining As The Blue Angels