Home to the Ukrainian Air Force 25th Transport Aviation Brigade, the Melitopol Airport gets an outstanding low level performance by a pair of Su-25 Frogfoots. The two Soviet designed military jets that were developed to provide close air support for Soviet ground forces are seen in this video giving a more entertaining version of their intended mission for troops at the air base in Ukraine.

The onboard camera also chronicles the formations exploits during low level runs through fields of spinning wind turbines, high speed pass at rooftop level down an icy coastline, and below the peaks of rising cliffs. There’s even synchronized rocket firing and countermeasure flares used just feet above the ground.  All-in-all a good show is had by everyone. 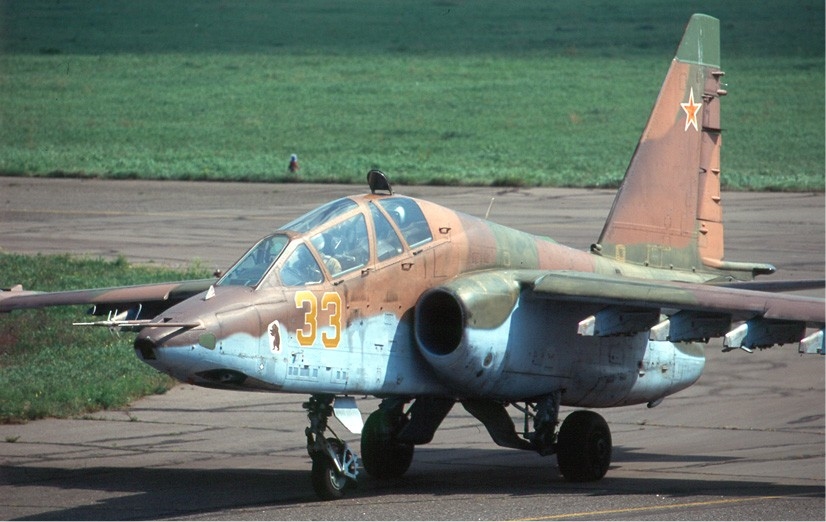 The twin-engine Sukhoi has been in service for over 30 years and is still used in operations for over a dozen countries in eastern Europe and Africa. It has seen action in many conflicts including heavy involvement in the Soviet war in Afghanistan and was used by the Iraqi Air Force against Iran during the Iran–Iraq War in the 1980’s.

The Su-25 is a stark contrast as it races past the Ilyushin Il-76 multi-purpose strategic airlifters that are normally seen parked flanking the runway at the lowly airbase in the southeastern region of Ukraine.