The United States 5th Bomb Wing B-52s and their crews recently performed a mass takeoff during Prairie Vigilance exercise at Minot Air Force Base in North Dakota. Prairie Vigilance is an annual exercise designed to test the wing’s ability to conduct conventional and nuclear-capable bomber operations.


“Prairie Vigilance 16-1 is an operational readiness exercise that validates the 5th Bomb Wing’s capability to execute our assigned missions,” Col. Matthew Brooks, 5th BW commander, said. “The exercise ensures our Airmen and B-52s maintain the highest state of combat readiness and demonstrates that the wing can respond to emerging strategic threats anytime and anywhere in the world.”

Approximately 3,500 Airmen from across the wing demonstrated safe, secure, reliable nuclear-capable weapons standards and procedures during the weapons generations and fly off. 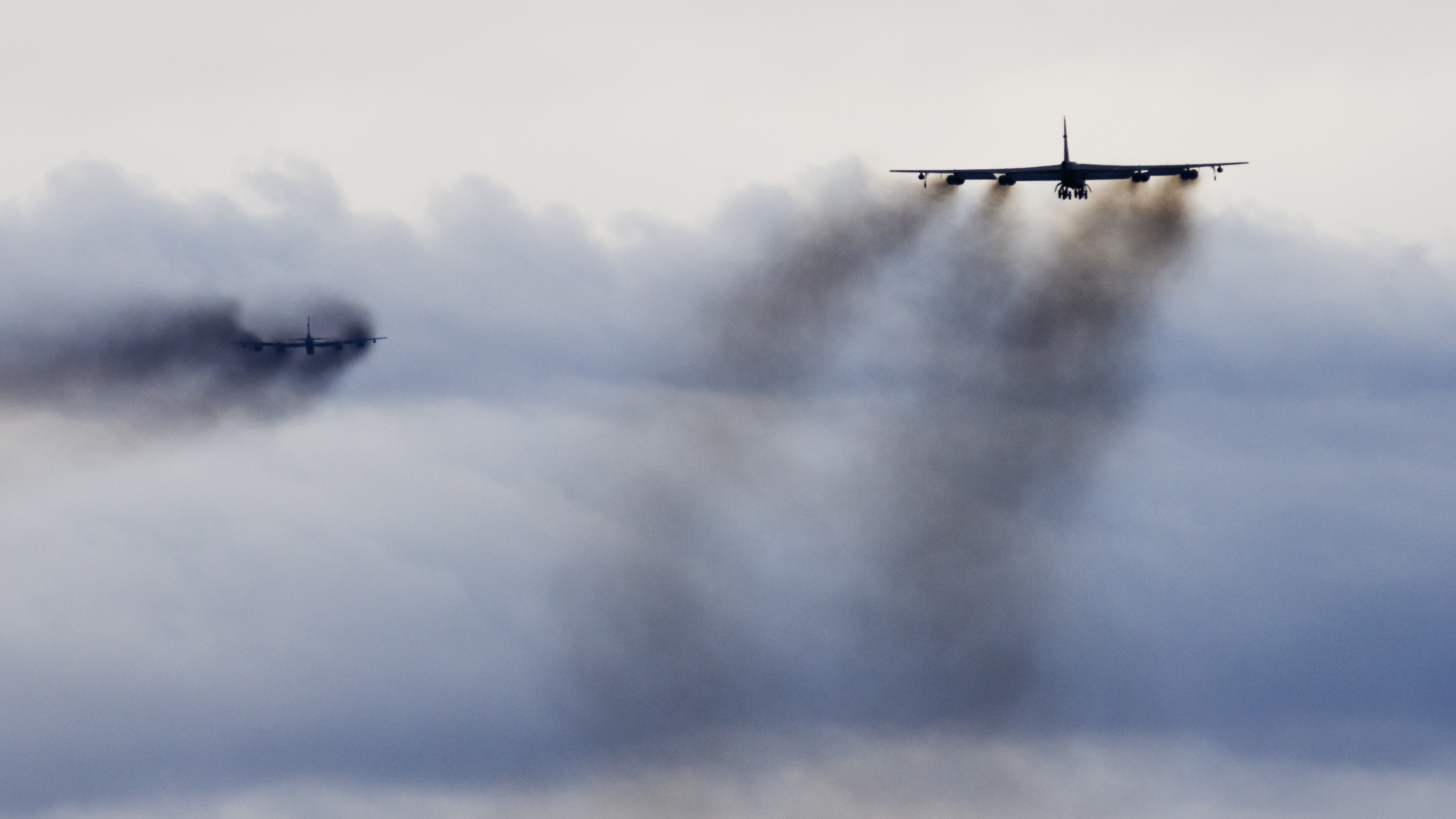 “Airmen from the 5th Bomb Wing were tasked to demonstrate our nuclear [capable] tasking without prior notification or coordination,” Col. Douglas Warnock, 5th Operations Group commander, said. “The exercise was originally scheduled for next week, but by starting a week early, it gave our Airmen the opportunity to clearly exhibit their abilities and nuclear prowess.”

The exercise concluded with a rapid fly-off, successfully launching a sequence of 12 B-52s to showcase their active capability to execute the mission.

The Boeing B-52 Stratofortress is a long-range, subsonic, jet-powered strategic bomber. The B-52 was designed and built by Boeing, which has continued to provide support and upgrades. It has been operated by the United States Air Force (USAF) since the 1950s. The bomber is capable of carrying up to 70,000 pounds (32,000 kg) of weapons, and has a typical combat range of more than 8,800 miles (14,080 km) without aerial refueling.

The Military Used To Drop Troops Behind Enemy Lines With Gliders