Northrop Grumman has just released exclusive video of their classic stealth bomber designed for the United States Air Force. Enjoy flying air-to-air in stunning high definition with the B-2 Spirit which first flew in 1989.

As the Department of Defence is ramping up development of the Long Range Strike Bomber (LRS-B), Northrop Grumman is no doubt attempting to generate some marketing buzz around their highly successful production run with the B-2 Bomber.

The LRS-B is an evolution of the Next-Generation Bomber (NGB) program that was seeking to create a new medium bomber for the Unites States Air Force. The NGB was originally projected to enter service around 2018 as a stealthy, subsonic, medium-range, medium payload bomber to supplement and possibly—to a limited degree—replace the U.S. Air Force’s aging bomber fleet. The NGB program was superseded by the Long-Range Strike Bomber (LRS-B) heavy bomber program.

The LRS-B is a proposed long-range strategic bomber for the United States Air Force, intended to be a heavy-payload stealth aircraft capable of carrying thermonuclear weapons.  Initial capability is expected in the mid-2020s. A request for proposal to develop the aircraft was issued on 9 July 2014, with a contract that was expected to be awarded in 2015. Announcement of the winning proposal has been delayed but the Air Force is expected to make a selection in the next couple months. The Air Force plans to purchase 80–100 LRS-B aircraft at a cost of $550 million each, at 2010 prices. 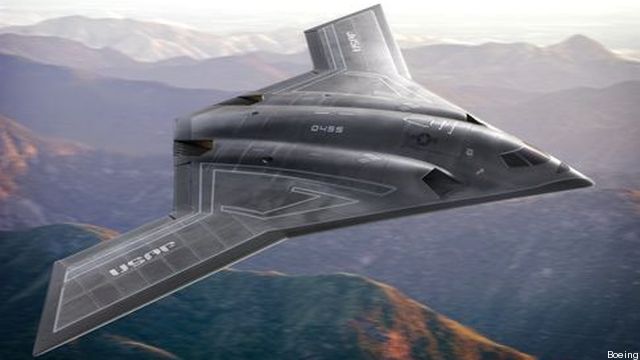 Northrop Grumman is vying for military bids among heavy competition from worthy competitors like Boeing and Lockheed Martin.

Stealth Bomber Flyby Is Just As Quiet As You’d Expect