Marines and sailors assigned to the 24th Marine Expeditionary Unit, combined with their Amphibious Squadron 8 counterparts for a two-week PHIBRON-MEU Integration Training exercise aboard USS Bataan and USS Mesa Verde.


PMINT is the first at-sea period for the Bataan Amphibious Ready Group, designed to acclimate Marines and sailors to a wide variety of contingency missions in any operational environment while mastering the basics of ship life in preparation for their seven-month deployment to support United States’ Central, European and Africa Commands in 2017.

Marines will work closely with sailors to accomplish mission essential tasks like flight deck qualifications for pilots and air crews, amphibious assaults, transportation of vehicles and gear from shore to ship, tactical recovery of aircraft and personnel and more.

“Although we’ve been building this team for a few months now, this is our first at-sea period, where we will begin to develop “muscle memory in the basics,” said Col. Ryan Rideout, the commanding officer of the 24th MEU. “A large percentage of us have not operated aboard ship in a while and for most of our Marines, this is their first time.  That said, I couldn’t be happier with what I’ve seen so far, which is shaping up to be an extremely capable Navy and Marine Corps team.”
Rideout said the Marines and sailors participating in this exercise will be working together to refine habits they’ll utilize throughout deployment.

“PMINT is our opportunity to identify and work out the friction points before we hit the more dynamic phases of our training program in the coming months.  It’s here that we build that solid foundation of habitual excellence and teamwork.” 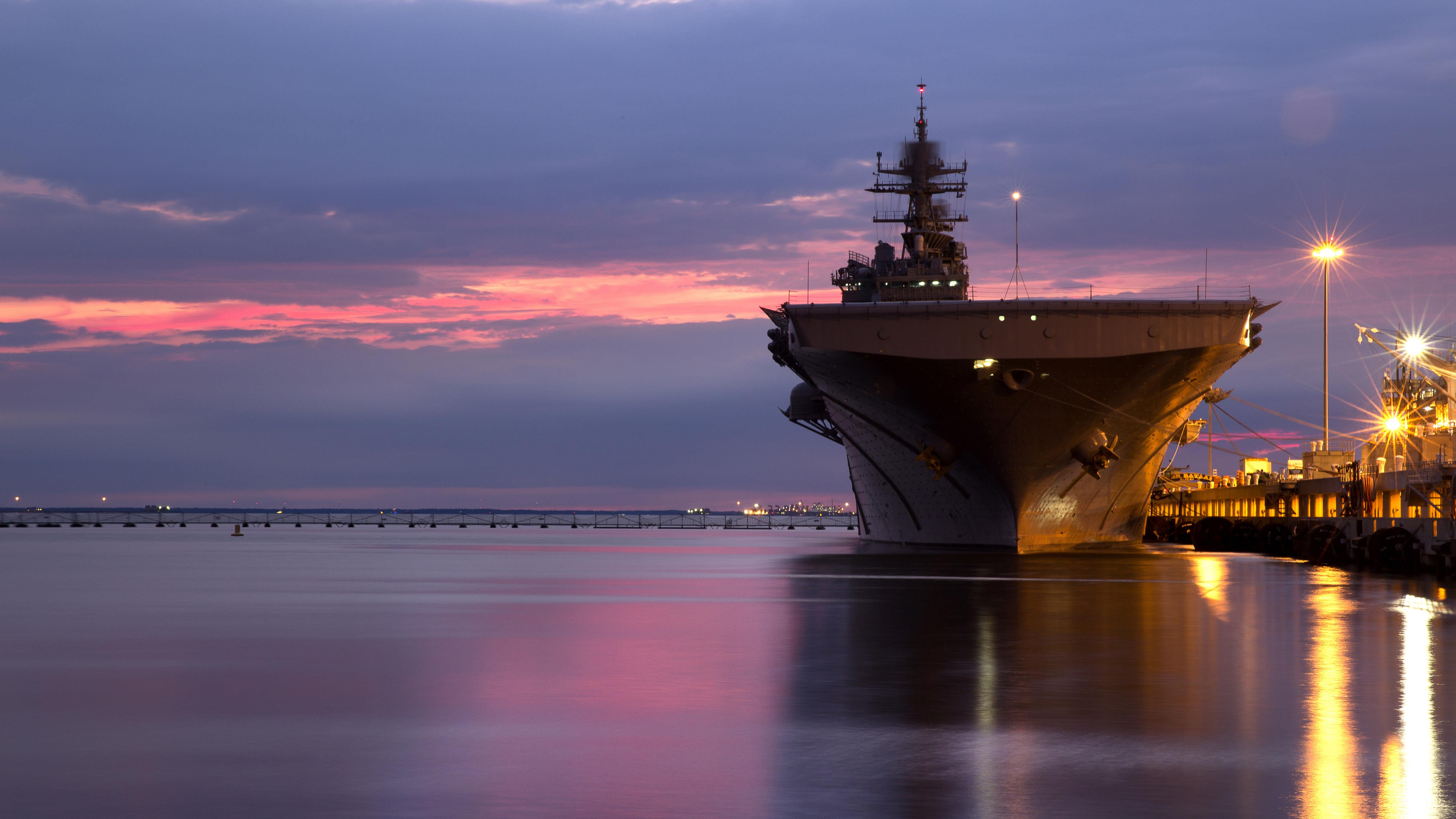 “For the infantryman, PMINT is for us to get used to ship life,” said Cpl. Gadiel Galletti, a squad leader with Lima Co., 3rd Battalion, 6th Marine Regiment.
This isn’t Galletti’s first time underway. He deployed with the 24th MEU last year.

The close quarters of ship life and learning to work fluidly with his Navy counterparts can be challenging, but that it’s part of the job, Galletti said.

Vipers And Typhoons Fly Over Lithuania During Baltic Air Policing