Scaled Composites is known for making some of the most important experimental aircraft in history. Among them are SpaceShipOne and, more recently, the Stratolaunch megaplane that holds the claim as world’s largest aircraft by wingspan.

Amid all that fanfare, Scale Composites has quietly announced a major milestone in the production of a completely new experimental aircraft. Scaled recently revealed the successful first flight of its mysterious Model 401, but with very little detail on the specifics of its purpose or background.

What details do exist were listed in a basic press release and a short video depicting one takeoff and landing of a very small single-engine jet. Scaled has reportedly completed two all-composite airframes, each powered by a single Pratt & Whitney JTD-15D-5D turbofan jet engine.

The original iteration of that same engine was used to power the very first Cessna Citation business jet. The current engine creates 3,045 pounds of thrust and can hold this strange experimental aircraft aloft for up to three hours, fly to altitudes of 30,000 feet, and reach a speed of Mach 0.6. 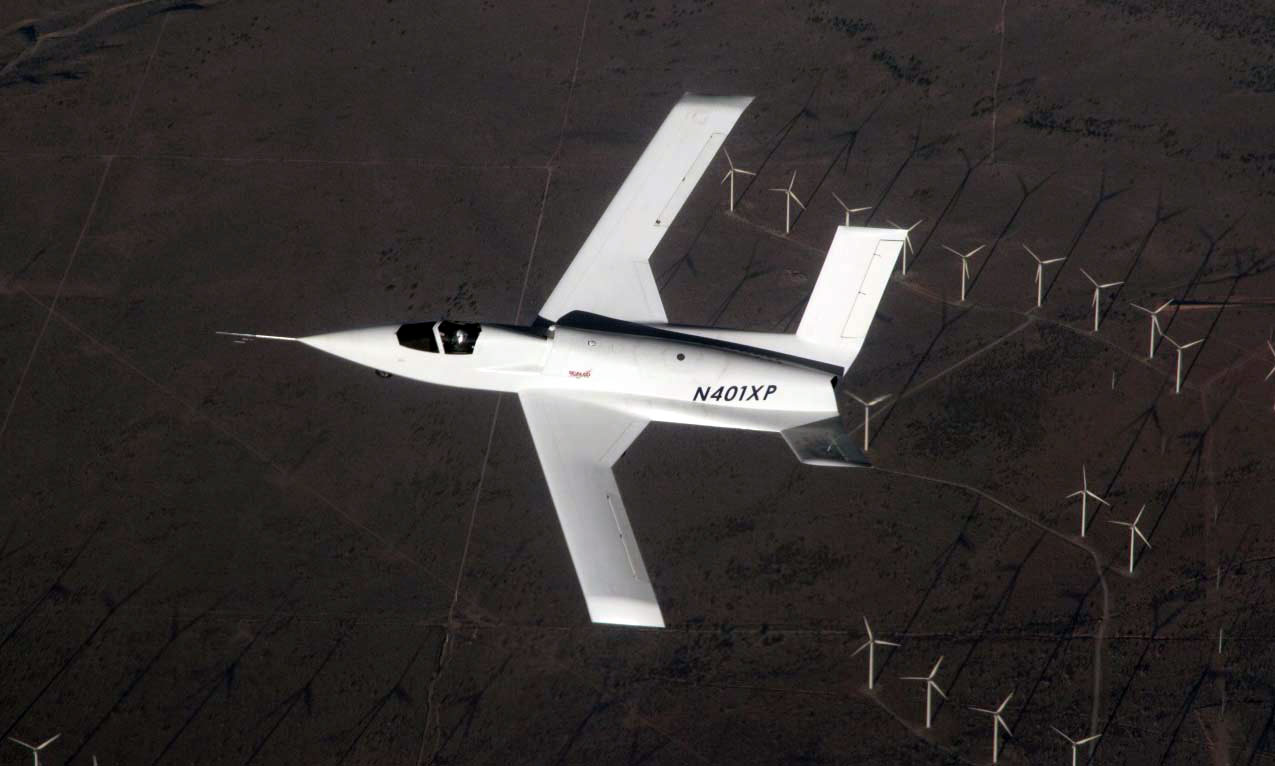 Although some of the performance specifications are revealed, no customer is identified and only a vague detail of its purpose is given: “To demonstrate advanced, low-cost manufacturing techniques and to provide aircraft for research flight services to industry partners and the United States government.”

The remainder of the fine details are the subject of speculation. Based on the prototype’s stealthy characteristics and its design similarities with other unmanned aircraft, many are guessing that this is the beginning of a low-observable unmanned combat or reconnaissance aircraft. Until more information is released, all the speculation will remain just that.