There’s nothing good about traversing the labyrinth known as the modern day international airport. Aside from incompetent airline personal and the debacle known as TSA, we are now subject to price gouging, according to a lawsuit claiming retailers are charging a whopping $5 for a bottle of water.

I’m not sure about you, but once I get my bags checked, get my bag checked again, then finally make it to the gate, the first thing I look for is the nearest beer stand. I then attempt to drown the memories of the recent inappropriate touching by a stranger wearing latex gloves while simultaneously self medicating to prepare for the upcoming opportunity to get jammed in a tube like a pickled sardine.

Apparently other passengers prefer to consume a more primal, life sustaining beverage. I can only assume these people to be children and pregnant woman, or possibly the poor innocent first time traveler who doesn’t know better.

A court fight has now erupted over retail operations at one of the nation’s busiest airports which has led to a charges that passengers are being gouged on bottled water prices at Los Angeles International Airport. 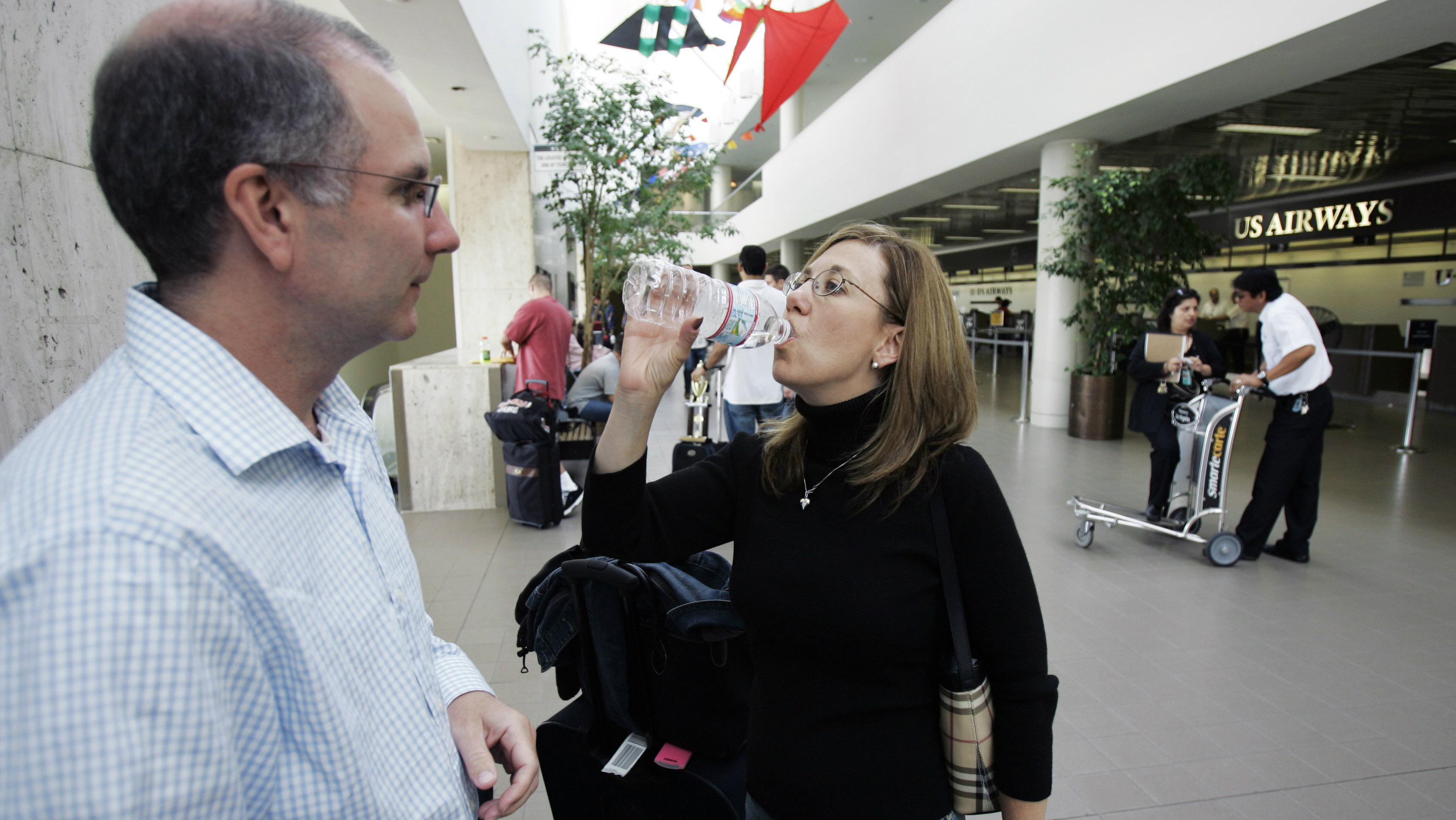 Trendy retailer Kitson is suing Hudson Group, the operator of 40 retail shops at the international airport including two Kitson boutiques, for refusing to sell bottled water to airport customers for $2.55 a liter. Hudson refuses to sell the water for Kitson’s price and instead sells the stuff for $5 a bottle. Legal papers filed in Los Angeles County Superior Court by Kitson Stores said Hudson Group, is exploiting travelers with “hugely” inflated water prices.

Kitson also contends that Hudson is trying to force its stores out of the airport because of the friction over water prices. The two sides have been exchanging accusations over business operations and licensing arrangements at the airport, which attracts 70 million travelers annually.

Just last month, Hudson filed a complaint in Superior Court against the Kitson boutique for breach of contract, claiming Kitson’s founder, Fraser Ross, made numerous unauthorized visits to a Kitson-branded store in the airport, berated and threatened employees, and inspected the store without an authorized escort.

Now, Kitson fires back accusing Hudson of taking advantage of restrictions on passengers due to post 9-11 security policies by inflating water prices and has in return also breached their contract.

Whether this argument of water prices is an altruistic concern for passenger’s well being or a petty political battle between two quarreling business, the end result will surely be more headaches for travelers trying to make the best of an already bad experience.